Focusing on the rising demand for crossbows, hundreds of manufacturers are in the run of making the crossbows of different types, designs, increased speed, and lighter materials around the world. Likely, the only target of all is to offer the best quality and powered crossbows to the users.

In this run, without any doubt USA is one of the pioneers. Companies like The TenPoint, Kodabow, Parker bows, PSE Archery, Primal Product Unlimited produce crossbows that are fully designed and made in the USA. They are not just making crossbows that are somewhat OK! But proudly the best ones available on the market.

Although, the history of crossbows doesn’t belong to America. But with the ones we are making, history will be written. So, let’s know in detail about the crossbows made in USA.

Contents hide
What is A Crossbow Used For?
Popular Crossbows Made in USA
1. Barnett Crossbows
2. TenPoint Crossbow Technologies
3. Kodabow
4. Parker Bows
5. PSE Archery
Are Made in USA Crossbows Good?
Conclusion

What is A Crossbow Used For?

In ancient times the crossbows were introduced in China as the upgrades of traditional bows to be more effective on the battlefield. Then the people of Greece gave it a new shape and name of Gastraphetes, which means Belly-bow. They were named like this because of their cocking system as the user needed to lean by his belly on the bow. After that, the Romans took it a step further and invented the Scorpion Ballista. Later on, the British and French in the 1st world war used Sauterelle, a crossbow, for launching bombs. 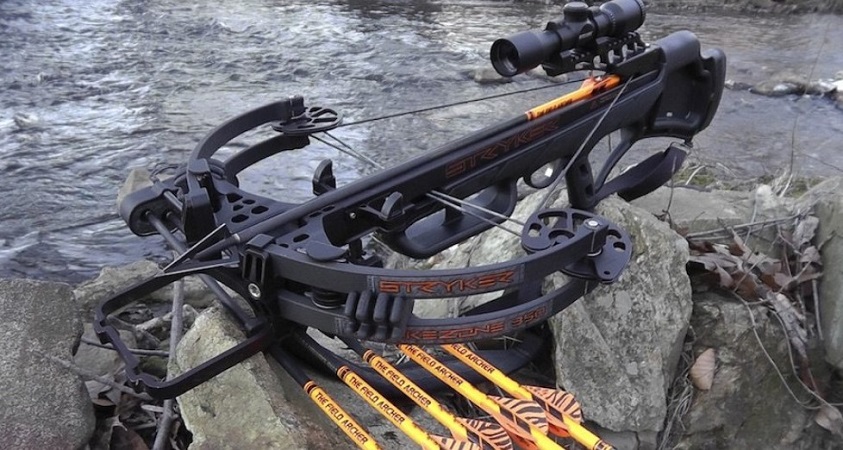 Following history, the use of the crossbow has never faded. Even nowadays, hunters and other sport enthusiasts recommend crossbows as their primary weapon. one of the main reasons behind the emerging use of crossbows is, they are powerful and speedy like firearms but not so strictly regulated. Likely, Hunters actually use crossbows because of their amazing draw weight and accuracy, which are rarely seen on the regular bows.

Hunting with the crossbows is proven to be more effective and less expensive as you do not have to buy the arrows (known as bolts) can be used again and again as they do not burst up as the bullets. Besides, the crossbows make a very less sound than the guns means there’s no chance of seeking the prey’s attention. Likewise, crossbows are easy to maintain and lighter in weight than guns.

However, crossbows are weapons that are best for hunting and can be used as personal defense. In fact in 2018, a grandma shot machete helding burglars with her personal crossbow and in defense of saving her loved ones in Dunstable, Bedfordshire.

Popular Crossbows Made in USA

As we have already said, several brands make the best category crossbows of different types for a long time. However, you may find some of the companies who say that the crossbow that makes is entirely US-made which is not in real. They just assemble it. So, here some of the most popular crossbow brands whose crossbows are entirely made in the USA.

Barnett crossbows the star that shines most in the sky of crossbows. Although they are not authentically the crossbows made in the USA as they started their operation in the United Kingdom in 1962 from a small garage, and in 2003 the operation transferred to the US, which is still operating.

However, they are the first North American brand to manufacture modern crossbows. In their 50 years history, they have touched the milestone of selling a million crossbows all over the world. They have made the crossbows that are fit for the hunters with self cocking technology. Also, many advanced mechanisms they have patented Magnesium STR riser, AVI limbs, AVI Bolt retainer, and many more.

The TenPoint crossbows are one of the pioneers of the USA crossbow industry. In 1994, Rick Bednar, who was the COO of Horton Technologies, founded this crossbow manufacturing company. Moreover, this company produces unique crossbows made using the newest mechanism.

Most of their products are highly-priced as they ensure the best quality and strongest built of the weapons. Some of their flagship crossbows, like Viper S400, Turbo M1, offer the lightest weight and best power delivery considering others available. This company holds eleven patents of different crossbow parts like grips, safeties, barrels, etc. they are not only the producers of crossbows with uncompromising quality but all crossbow accessories.

Another USA-based crossbow manufacturing company refuses to take the shortcuts to cut the price of the products, instead, they prioritize the quality of the product over its price. Chuck Matasic founded this company 10 years ago to produce the best quality crossbows, which ensure you do not have to buy another in 10 to 12 years. 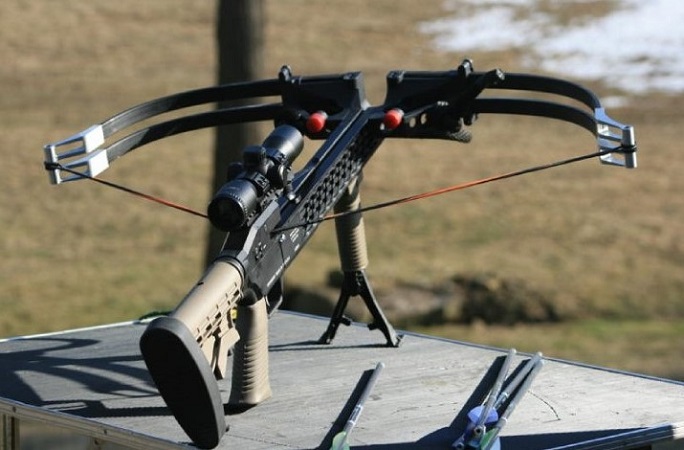 All the crossbows are made by the features with the best shooting system and built with finely finished durable material. Likely, in the world of crossbows, the phrase “Made in the USA” was hardly heard. Only some companies were working to introduce the crossbows fully designed and built in the USA. So, to become a shining star in the crossbow world, the Kodabow crossbow manufacturers started their journey.

With a legitimate history, the Parker Bows are the largest producer of compound bows and crossbows worldwide. However, the company was founded by Robert Errett in 1984 when he left the company of his legendary friend Fred Bear. Starting from one now, they own 1200 retail stores and 10 factories across the country.

According to INC magazine, their target is to make the crossbows with the lightest weight with the best mechanism and high performance, which made them one of the fastest growing companies.

Precision Shooting Equipment (PSE) another leading bow, crossbow, and crossbow accessories manufacturer worldwide. They have started their journey holding the hands of Pete Shepley in 1971 and still continuing it proudly. However, an interesting fact about PSE is they are one of the first five pioneers to make compound bows commercially.

This company is mainly known for its high-performance bows, which are light in weight and accurate in launching the bolts to the target. The PSE crossbows come with an extensive speed of 370Fps, which is enough to kill big animals with ease.

Note: Some of the users may think of Wicked Ridge as a different crossbow-making company, but they are in real another product line by the parent company TenPoint.

Are Made in USA Crossbows Good?

To be frank, USA made crossbows are not only good but better than the best. Since you have explored the manufacturers’ premises in the US as well as the world you get the answer right.

Nevertheless, for further evaluation, companies we have mentioned earned their popularity not by their name but by the performance of their high-grade weapons. Also, all the companies have introduced the newest technologies in the market. So, it can be said America in the earliest period of crossbow history may not have contributed enough, but now the recent history of crossbow world is in the hands of us.

If we look at the reports on the ten top crossbow manufacturers, at least five will be from the US. Besides, if they were not good enough, they wouldn’t be able to sell a million crossbows, as Barnett recorded. Also, their crossbows remain on the bestseller list of the most popular online marketplace.

The goal was to find the Crossbows made in USA, which is a lot in number, but we have covered the ones that earned the best place worldwide by the uniquely featured and high-performance crossbows.

Made in the USA, it has always been a proud phrase to see no matter on a t-shirt or in a crossbow. And the companies are making it happen, which was rarely seen in the earlier times. 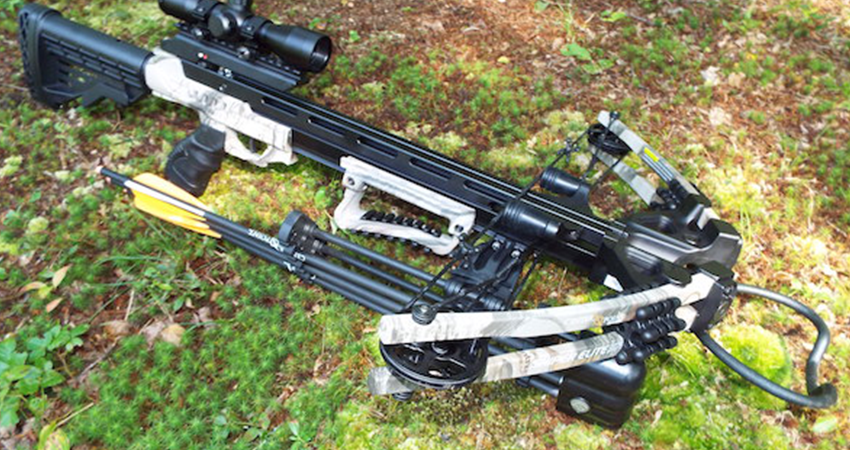 Affiliate Disclosure: As an Amazon Associate I earn from qualifying purchases. A crossbow is a…

Affiliate Disclosure: As an Amazon Associate I earn from qualifying purchases. If a crossbow is…

Affiliate Disclosure: As an Amazon Associate I earn from qualifying purchases. Crossbow! The name comes…

Affiliate Disclosure: As an Amazon Associate I earn from qualifying purchases. Except for the weight… 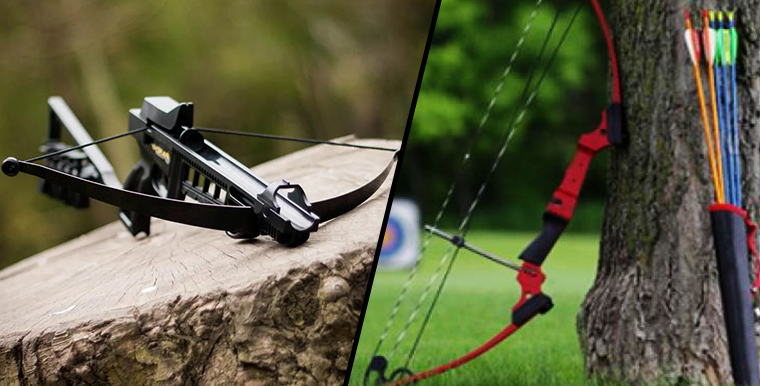 Affiliate Disclosure: As an Amazon Associate I earn from qualifying purchases. Depending on your requirements,…

Affiliate Disclosure: As an Amazon Associate I earn from qualifying purchases. Crossbows are one of…